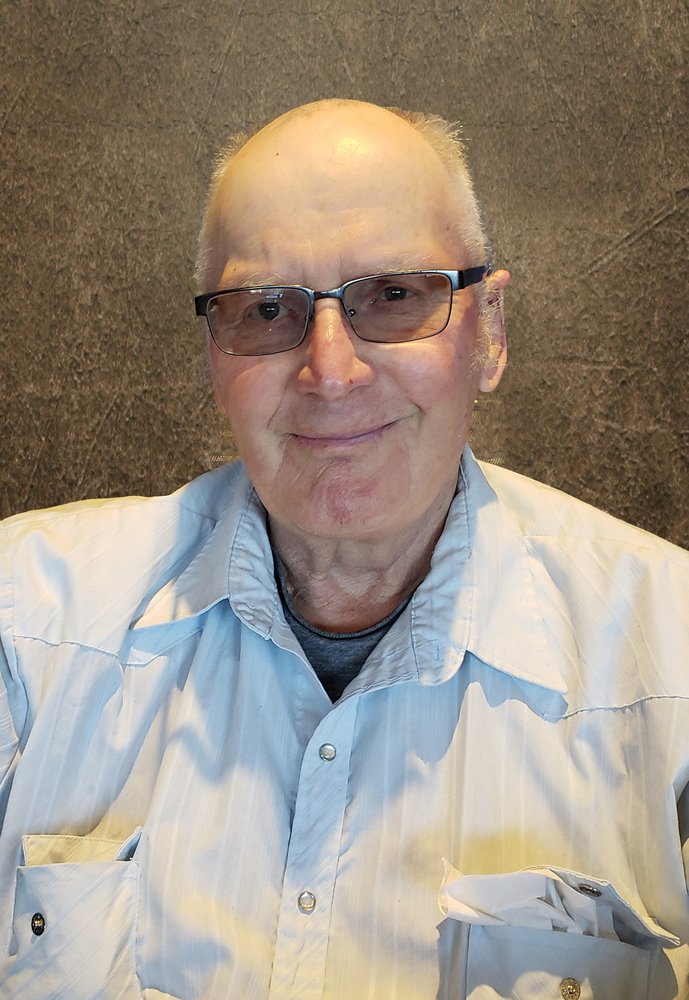 Gary Melvin Steil was born on March 1, 1946 in Killam, Alberta, the fifth child to Clarence and Bernadine Steil.  He was raised on the farm south of Strome with eight other siblings. He attended School at the Strome School. He helped on the farm, and as a family played with the Scheelar kids across the road - ball games and skating, fun was always had after the chores were done.
Gary settled in Camrose, where he ventured to his first job with C.N.R.  Gary and Margaret were married on April 26, 1985. On February 20, 1986 they welcomed a baby girl, Jennifer Lynn, or “Jenny” as Gary called her.   They resided in Camrose, and in his working career, he hauled gravel, worked at Border Paving, Ledcor, Steil trucking, and Ross Agri with his buddy, “Echo”.
Fond memories were shared through camping, hiking with Jenny, bicycle rides, auctions at Lindstrand, vintage car shows, and tractor pulls. He loved getting together with his coffee buddies at McDonalds, time spent with his siblings, and enjoyed parades with his grandchildren and seeing the excitement on their faces.

Gary was always such a hard worker. He never officially retired, and was always willing to give a helping hand on a farm or in the field. In 2010, Gary was first diagnosed with colon cancer.  In 2019 he was diagnosed with stage 4 colon cancer which had spread to his other organs. Gary was unwavering in his strength. For 15 months he fought through his cancer. Through countless chemo appointments, at the Cross Cancer Institute or at the Camrose hospital, his family was beside him supporting him throughout his journey.

Left to cherish his memory are his wife Margaret; daughter Jenn Hamborg of Lacombe; grandchildren Addison, Jaron, and Halen; and siblings Alvin (Bernice) of Camrose, Bernard (Marilyn) of Millet, Ivan (Pat) of Chestermere Lake, Orval (Danna) of Camrose, Jerald (Teresa) of Strome, Loreen (Norbert) Bendfeld of Camrose, and Margie Parr of Camrose; and sister-in-law Florence Steil of Camrose.
Gary was predeceased by his brother Ronald, and parents Clarence and Bernadine.

Due to Alberta Health Regulations, a private service was held.

If family and friends so desire, memorial contributions in Gary's memory may be made to the Canadian Cancer Society, or to St. Mary's Hospital Unit 4.

Share Your Memory of
Gary
Upload Your Memory View All Memories
Be the first to upload a memory!