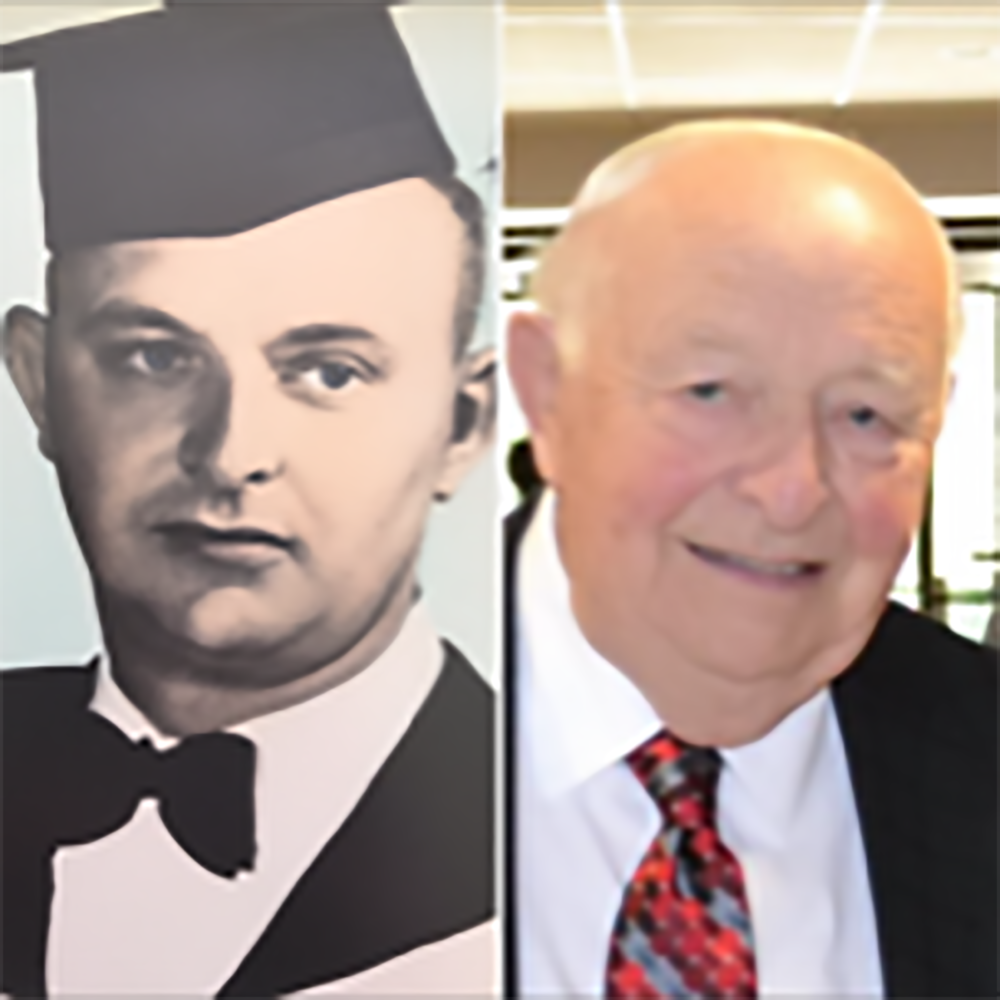 Bernard (Bernie) Thomas Fossen passed peacefully into the Lord’s hands on June 13, 2020 in High River, Alberta at the age of 90 years. His loving wife, his Honey and best friend of 68 years, Elsie, was by his side.

Bernard was born November 20th, 1929 in Provost, Alberta, the son of Selmer and Josephine.

Bernie and Elsie were married in Camrose on August 1st, 1952, where they began a wonderful life together, filled with a deep love for each other and their family.

Bernie was a lifelong educator. He became a teacher at the age of 18 in Round Hill, Alberta. After meeting Elsie, the love of his life, they married in Camrose and moved to Hay Lakes where Blayne, Terry and Cheryl joined the family. From there, Bernie moved the family to Carbon where he became Principal of the Carbon School. During their time in Carbon, Rod, Joel and Shawnah arrived. Medicine Hat offered a new position as Director of Pupil Personnel and the welcoming of William. The next family move was to Ponoka where he was Director of Special Education and also where Susan arrived.

The final family move was over 40 years ago when he took on the role of Assistant Superintendent for the School District in High River. Bernie later assumed the position of Provincial Director of Special Needs Programs where he was instrumental in developing programs to benefit students and make their lives a better place. Henry and Patrick came into the family during this time in High River. He prided himself on being the ‘senior member’ of his large family.

Despite many moves and a growing family, Bernie remained dedicated to furthering his education. He obtained his Bachelor of Education Degree from the U of A and later, throughout several summers with the family in tow, his Master’s Degree in Education from the University of Oregon.

Bernie was a mentor to many both before and after his retirement. He was well known as a community volunteer, supporting many organizations including the High River Hospital Auxiliary, Victim’s Services, and the Palliative Care Program, providing comfort to the very sick in their final days and hours.

Bernard had a calming effect and cared deeply about making a difference in his family first, his friends, his profession and his community. He loved humanity, his country and his God with all his heart, and throughout his entire life, numerous people sought out his gentle wisdom.

In his final days, Bernie remarked to Elsie that “The end of life is not death, it is a gateway to eternity.” While he will be profoundly missed by his loving wife and family, we take comfort in knowing he is no longer in pain.

Due to Alberta Health Regulations, a private service was held. For those who wish to watch a recording of the service please click on the link below. The password for both links is Fossen.

If family and friends so desire, memorial contributions in Bernard's memory may be made to the High River District Health Care Foundation, the High River Church of your choice.

Share Your Memory of
Bernard
Upload Your Memory View All Memories
Be the first to upload a memory!