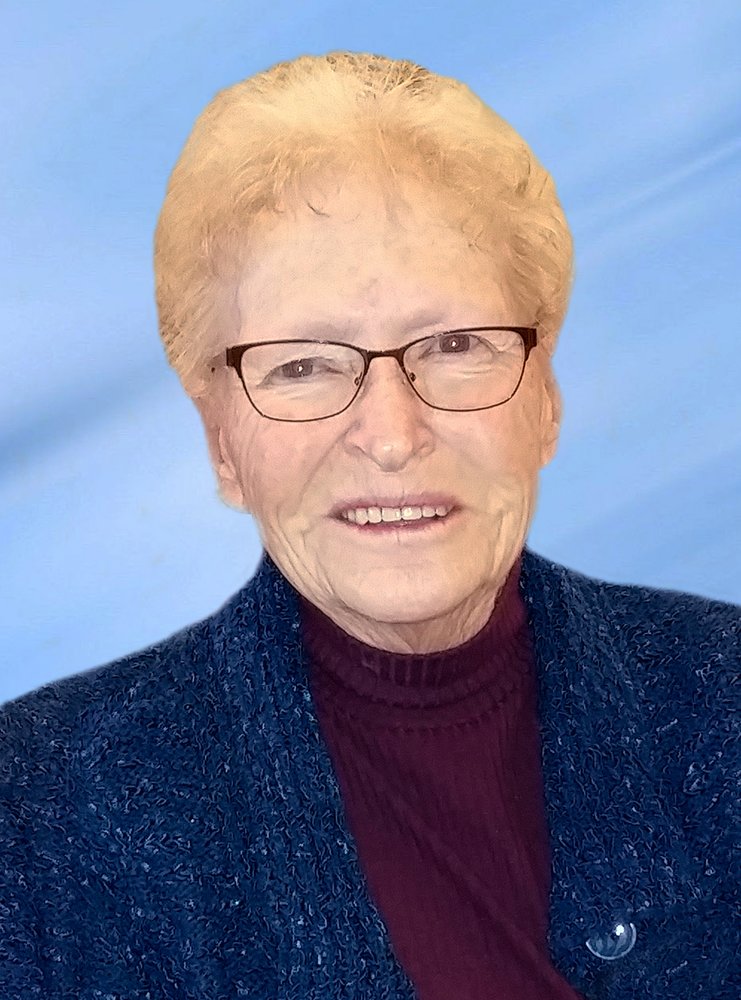 Phyllis June Brosinsky of Camrose, Alberta, passed away on Tuesday, May 12, 2020 at the age of 80 years.

Phyllis was born in Consort, AB to Leslie and Rebecca Olson, they had three children Phyllis, Robert (Bobby), and Gordon. Phyllis attended school in Loyalist and Consort, AB, she then attended Mount Royal College in Calgary where she took a Secretarial Program. Phyllis later continued her Education through correspondence to become a Food Service Supervisor. While attending high school in Consort, Phyllis met the love of her life Maurice. After high school both Maurice and Phyllis worked in Calgary and continued to date, they married on July 4, 1959 in Consort, AB. They had three sons: twins Brian and Bob, and Kevin.
Phyllis started her working career at Columbia studios in Calgary as a secretary. When the family relocated to Camrose, she worked at Woolworths, then Rosehaven Care Center in the Food Service Department until her retirement. Phyllis spent her leisure time making crafts, playing bingo, and attending to her beautiful flower beds. Once Phyllis and Maurice retired, they became snowbirds enjoying the sunshine of Lake Havasu City in Arizona for twenty-three consecutive winters. Summers were spent back in Alberta at Silver Creek Golf Course. Phyllis enjoyed socializing with friends and loved when family came to visit. She especially enjoyed her grandchildren and great-grandchildren coming for a visit.

If family and friends so desire, memorial contributions are gratefully accepted to the Alberta Cancer Foundation, or to the Canadian Diabetes Association.

Share Your Memory of
Phyllis
Upload Your Memory View All Memories
Be the first to upload a memory!