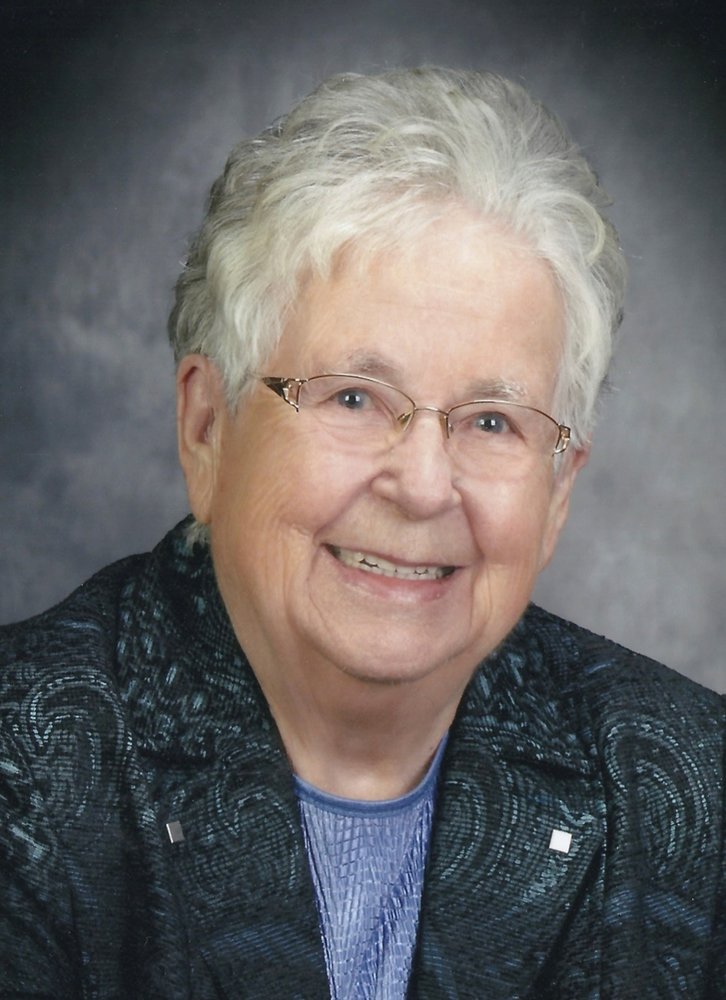 Ruby Sorensen, age 95, of Camrose, Alberta, passed away peacefully on February 1, 2020, with her family by her side.

Ruby was born on the family farm near Bawlf on July 10, 1924 to Martin and Mabel Meadahl.  She attended school at Gladstone and Scandia Schools.
On June 11, 1946 she married Carl Sorensen. They settled on the family farm in the Holden area until 1967 when they moved into Camrose.

Ruby had a great love for her family and friends, always making room for them at her kitchen table. She was a very giving individual and had a knack for making people feel comfortable. In both work and play, Ruby showed her strong values and principles. She enjoyed sports, travel and spending time with family.  Ruby worked hard as a farm wife until 1967.Upon moving to Camrose, she worked as a nurse assistant at Rosehaven from 1967 to 1987 when she retired.

“Those we love don’t go away,
they walk beside us everyday.”

If family and friends so desire, memorial contributions in Ruby's memory may be made to the Unit 2 - Palliative Care St. Mary's Hospital or to the Hospice Society of Camrose and District or to the Camrose United Church.

Share Your Memory of
Ruby
Upload Your Memory View All Memories
Be the first to upload a memory!
Share A Memory
Send Flowers