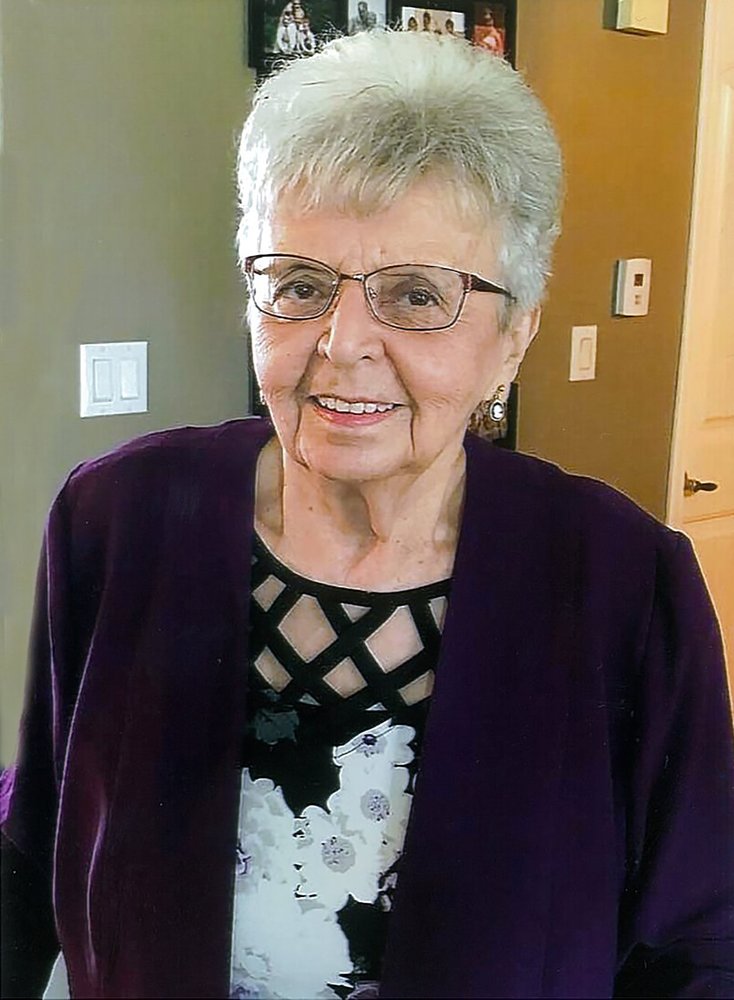 Barbara Irene Lede passed away Wednesday, January 29, 2020 at the age of 86 years. She was born on a farm in the New Norway area to Thomas and Louise Morgan. Barb received her schooling at Little Beaver and Edberg schools.Her mom had Polio and was in the hospital a long time so Barb quit school in grade eleven to take care of her younger brothers and sisters.

Barb met Lawrence at a dance in New Norway and on November 4th 1953 they were married in the Lutheran church in Camrose. To this union five children were born, Bruce, Roxanne, Diane, Doug and Cheryl. Barb was a hard worker. After she was married, they lived on the family farm and she did everything alongside of Lawrence. From combining to milking cows, tending three gardens, chicken, pigs and five kids she was busy. If that wasn’t enough, she also worked a night shift so she could get new cupboards and renovate the upstairs bedrooms. In 1974 they sold the farm, moved into New Norway and bought the grocery store.  She was mayor of New Norway for two terms, which she enjoyed very much. Eventually Lawrence and Barb sold the grocery store and she went to work at St Mary’s Hospital first in the kitchen then in housekeeping. Barb loved retirement. She was always busy doing something. She loved to sew, make quilt’s, and bake. Her biggest love was spending time with her kids, grandkids, and great-grandkids. All who lovingly called her “GG”.

Mom taught us everything, except how to live without her.  She was a loving mother, grandmother, great-grandmother, sister, aunt and friend to all.
Rest in peace mom, we love you.

A Funeral Service was held at 1:00 p.m., Tuesday, February 4, 2020 from the CityLights Church, 4920 48 Street Camrose with Rev. Brian Hunter officiating. Interment has taken place in the New Norway Cemetery.

If family and friends so desire, memorial contributions in Barbara's memory may be made to the Multiple Sclerosis Society or to the Cross Cancer Institute.

Share Your Memory of
Barbara
Upload Your Memory View All Memories
Be the first to upload a memory!
Share A Memory
Send Flowers