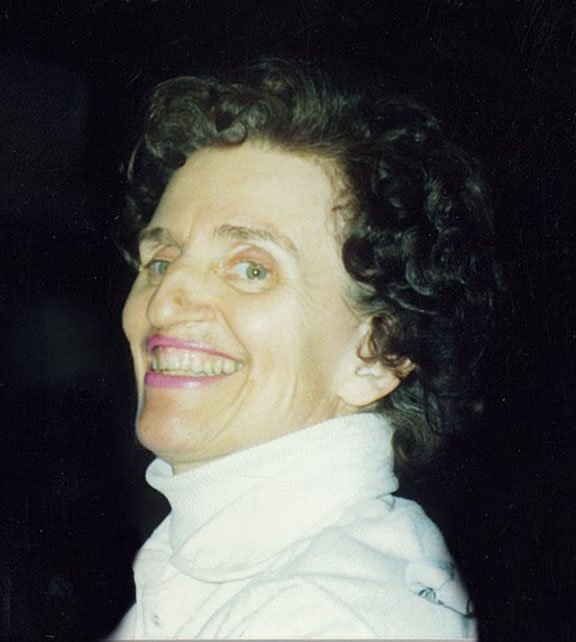 Beth was born in Camrose on November 6, 1936 and died here on January 30, 2020. The years between were filled with many hardships but also many adventures, love for people everywhere, an indomitable spirit, and a deep faith.

Beth grew up in a number of small towns in Alberta and Saskatchewan where her parents, Pastor Amund Tveit and Mrs. Hannah (Stolee) Tveit served Lutheran parishes. In 1952 she came to Camrose Lutheran College for high school and so began her foreign travels. From 1954 to 1957 she attended Concordia College in Moorhead MN. majoring in Public School Music. This led to her first teaching job in the small town of Greenbush MN, which some of her friends teased her was a step backwards and definitely not in keeping with her high aspirations. Nonetheless, under her leadership Greenbush choirs excelled and she made lifelong friends. While in Greenbush, in 1958, she was diagnosed with MS. Not to be deterred, Beth left Greenbush in 1960 to teach music and English in Augsburg, Germany for the U.S. military. She used her time there to explore Europe. Again, with the military, she went to teach in Japan from 1962-65 and enjoyed travel throughout Asia. In 1965 she left the military and won a scholarship to study Counseling and Guidance at the University of Southern California, earning an MSc in Education. She then taught for the Mesa Unified School District. Beth married Richard (Joe) Smith in 1967. Tragically, he was killed in a car accident just two months later.
Beth continued to teach and when she could no longer physically meet the demands of teaching became a much loved and respected counselor. In 1968 she was honoured with a Teacher of the Year award by the National Association of Parents and Teachers.

In 1972 Beth retired from teaching. With the help of her sister Marie who returned from Japan to help care for her, and her own relentless efforts to find a cure for her MS so that she could throw away her wheelchair, Ethyl, Beth continued to live at home in California. She enjoyed an active life of counseling and participated in many community activities. In 1993, Beth and Marie moved to Camrose. After a fall and a partial hip replacement, Beth moved to Bethany Care Centre. There she met and in 2000 married her second wonderful husband, David Cowan. Together they had a happy, active life with many friends and activities until last year when David’s health began to fail. He passed away December 2, 2019. Beth passed away January 30, 2020, only two days after their twentieth anniversary.

Beth was pre-deceased by her parents, Amund and Hannah Tveit, her infant brother Albert, and her husbands Richard Smith Jr. and David Cowan.  She is survived by her sister Marie Tveit and stepchildren James (Gail) Cowan, Shalene Cowan (Marvin Likness), and Blake (Nomie) Cowan, their families, many cousins, and countless friends around the world.

A Funeral Service was held at 1:00 p.m., Wednesday, February 5, 2020 from the Messiah Lutheran Church, with Rev. Norman Lentz officiating.

If family and friends so desire, memorial contributions in Beth's memory may be made to the Bethany Group, or to the charity of one's choice.

Share Your Memory of
Hannah
Upload Your Memory View All Memories
Be the first to upload a memory!
Share A Memory
Send Flowers