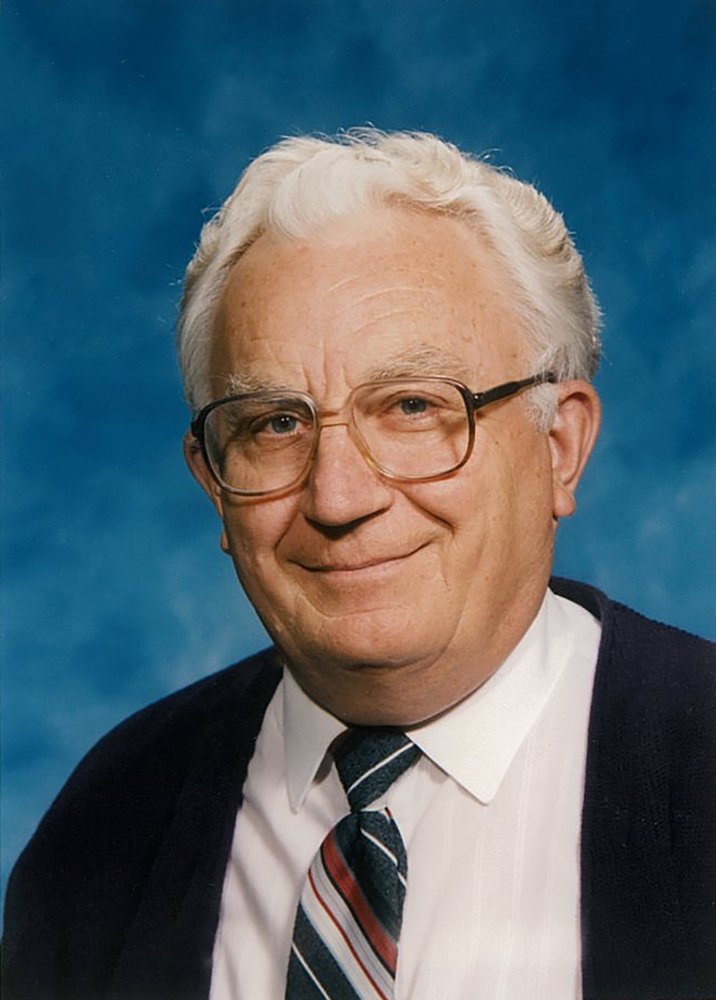 George Helmuth Meyer of Camrose, Alberta, passed away on Monday, January 27, 2020 at the age of 86 years.

It is with much sadness and love that we say goodbye to our husband, dad, and grandpa. George will be remembered by his wife of 57 years, Martha, his daughter Valerie, daughter-in-law Janelle, grandson Luka, sisters, Helen and Irma, sisters-in-law, Shirley Meyer and Opal Meyer, numerous relatives, and good friends.

George was born in Richdale, Alberta, on May 26, 1933, to Amalia and William Meyer. He loved learning and was destined to become a teacher. After attending the U of A, George’s teaching career began in September of 1952 when his mom and dad dropped him off at a one-room school at Matthew’s Crossing. He had a sleeping bag, clothing, and a bag of groceries. George spoke of this time fondly and often. He had a soft spot for the Magnolia area and had many memories of his school, the hardships he encountered, the kids, and playing ball. After four years, declining enrollment meant that George had to move to another school. In those times, it was easy to find a school and George eventually decided on one in the Fort Vermilion School Division called The Batt School. George was known for putting on extravagant Christmas concerts and he would often go across the road to borrow the sewing machine of his mother-in-law to make costumes for his concerts. He loved that school, but after a couple of years, it closed down and amalgamated with another school called Rocky Lane, which was where George went next.

George’s life changed, again, when he was introduced to Martha Batt at a Batt family Christmas supper. Although Martha lived in Edmonton, they began writing and visiting whenever they could. They married in July of 1962, in Rocky Lane. A year later, their daughter Valerie was born and things became busier yet! George was a great dad; reading stories, changing diapers, giving advice, helping with homework, and worrying. George became principal of Rocky Lane school and was there until 1979 when the family moved to the Camrose area. George took a teaching job at Bawlf school and finished his teaching career there many years later.

George was known for many things, but in the summer, it was his love of gardening. His garden was immaculate and he loved sharing gardening advice and the fruits of his labour. He also loved travelling around with Martha, buying and selling antiques, decorating the Christmas tree with Hallmark ornaments, going to dances, playing piano, walking his dog Jasper, giving advice to his grandson, card games with friends, and being a substitute teacher!

George’s family would like to thank the staff at Bethany Meadows in Birch Cottage for all they did to help make him comfortable and safe during his battle with Dementia.

George was predeceased by his parents Wilheim and Amelia; and siblings Ed, Bill, Ben, and Isobel.

In lieu of flowers, if family and friends so desire, memorial contributions in George's memory may be made to the Hope Lives Here Animal Rescue Edmonton (9636 151 St NW, Edmonton, AB T5P 1S4) or to the Saving Grace Animal Society (4932-50 Ave. Alix, AB T0C 0B0).