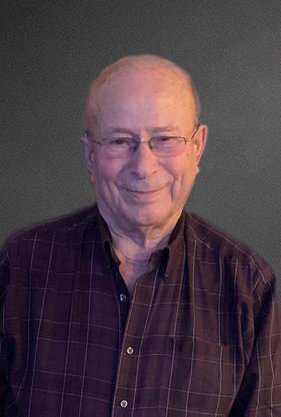 Norman William Meier of Edmonton, Alberta, formerly of Camrose, passed away on Sunday, January 12, 2020 at the age of 80 years.

Norman “Norm” Meier was born February 15, 1939 on the family farm outside of Bodo, Alberta to Nickalis and Bertha Meier. In his first marriage to Phyllis (Heisler), he welcomed his children John, Pat, and Danny who blessed him with five grandchildren. Norm then met Victoria who became his second wife and remained his best friend for the remainder of his life.

Over the years Norm took pleasure in a number of activities keeping his body and mind young at heart. He especially loved camping, whether it was with friends or family, he was always looking forward to packing up his fifth wheel and setting out for a weekend of adventure, camping, fishing and good times. Norm also enjoyed the music scene. He often would attend music jams in neighbouring communities. He was a skilled dancer and loved going to dances at different locations throughout the city. Norm had also became actively involved in aquasize. He loved both the energy and relaxation it provided. A few times each week Norm enjoyed socializing with his neighbours while playing Bingo or sharing a glass of wine.

Norm positively touched so many people throughout his life. Our memories of him will be cherished and he will not be forgotten.

A Funeral Liturgy was held at 11:00 a.m., Tuesday January 21, 2020 from the Burgar Memorial Chapel with Deacon Doug Tien officiating.

If family and friends so desire, memorial contributions in Norman's memory may be made in lieu of flowers to the Stollery Children's Hospital.

Share Your Memory of
Norman
Upload Your Memory View All Memories
Be the first to upload a memory!