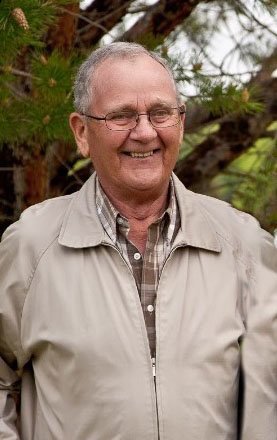 John Stang, beloved husband, father, grandpa, great-grandpa, brother, uncle, and friend passed away peacefully with his family at his side in the afternoon of November 20, 2019.

John was born to Paulina and John Stang on September 25, 1935 in Macklin, Saskatchewan.  He married Joan Schneider on November 9, 1963 and together they raised seven children and farmed at Rosalind until retiring in 2000. He continued to help out on the farm at every opportunity.

He will be reunited in eternity with his parents, four brothers; five sisters and numerous other family members.

In lieu of flowers, memorial contributions are gratefully accepted to the St. Francis Xavier Building Fund, the Lung Association of Alberta , or to the Cross Cancer Institute

Share Your Memory of
John
Upload Your Memory View All Memories
Be the first to upload a memory!