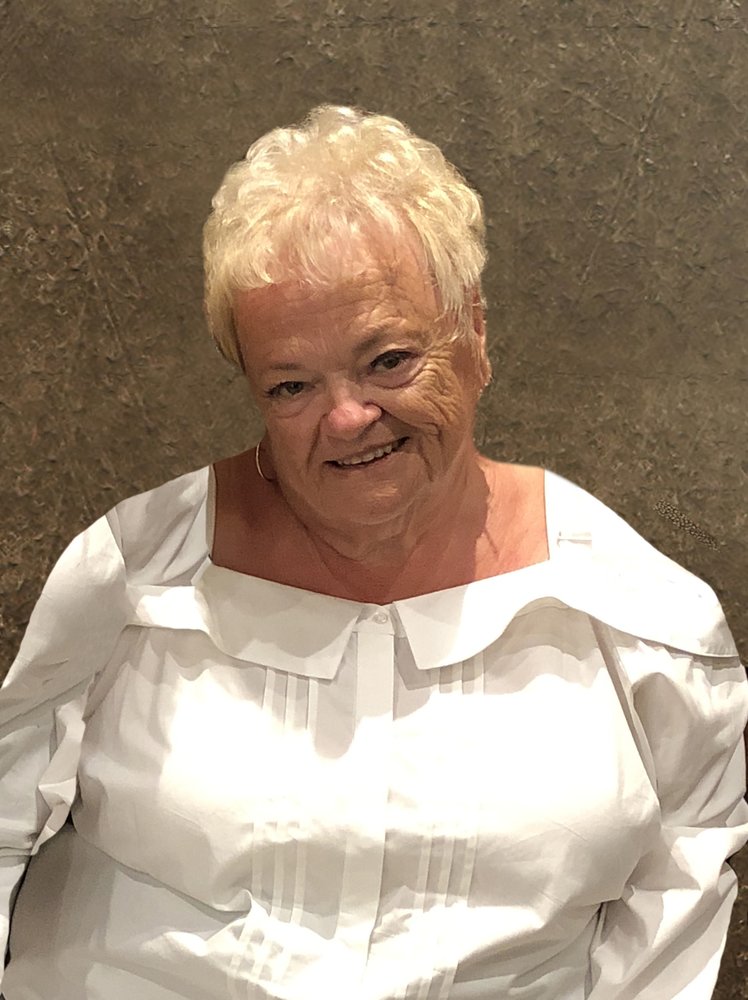 Gladys Germaine Vioncek was born January 27, 1947 in Edmonton, Alberta and passed away with all of her family by her side on November 15, 2019 at the Misericordia Hospital in Edmonton at the age of 72 years.

Gladys “Nana” was the youngest of five girls, born to Michael and Mary Umrysh and grew up on the family farm North of Holden. She attended and completed her schooling at Holden School. She then met and married her soulmate, Lawrence Vioncek, on April 23, 1966. They resided and farmed North of Daysland. They welcomed their daughter, Mary Jane Germaine, February 1, 1967 and Michael John, December 15, 1969. Gladys’ life took a change on December 24, 2001, when her husband, Lawrence passed away suddenly at the age of 56. She then moved into Daysland where she resided with her other love, little dog Bruno.

One of the highlights of Nana’s life were her grandchildren. She would keep up with everything they were doing and loved to spoil each of them. She enjoyed her retirement years going for coffee with her special friends. Going to get her nails done and going to the hair salon, spending time with her other special friends. Up until her passing she enjoyed travelling and helping out MJ at the store. She truly had a heart of gold and would do anything for anyone.

A Funeral Mass was held at 11:00 a.m., Thursday, November 21, 2019 from the Our Lady of the Prairies Roman Catholic Church, Daysland with Rev. Carlos Nunez officiating. Inurnment has taken place in the Daysland Cemetery.

If family and friends so desire, memorial contributions in Gladys's memory may be made to STARS.

Share Your Memory of
Gladys
Upload Your Memory View All Memories
Be the first to upload a memory!
Share A Memory
Send Flowers