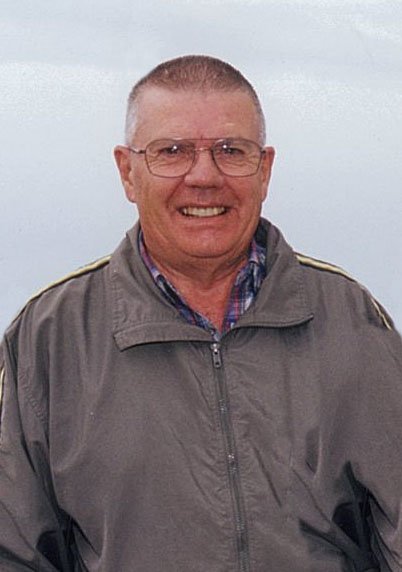 Walter Klein passed away peacefully in the early hours October 24, 2019 at St. Mary’s Hospital at the age of 81.

He retired in l997. After he retired from the City he spent six falls driving the grain truck for Lionel and Becky Clement just south of Donalda and just loved it.
Walter and Joyce met in l959 and married in l964. They had wonderful times camping and travelling by car to visit his aunts and uncles in North Dakota and also would take his Mom there.

He liked to golf and camp at the Bashaw Golf Course as long as he could (he was much better than Joyce). The last few trips were cruises which he liked the best of all except maybe snowmobiling.

Walter loved snowmobiling and would be out in all sorts of weather with friends and especially his nephews. He liked to hunt until his head injury in 1992.
When he retired he did a lot of woodworking building bird houses and feeders and he was very particular that everything fit perfectly.

His brother Lawrence taught him to drive when he was twelve years old sitting on a syrup pail so he would see over the steering wheel and put a motor from his Dad’s lawn mower onto Walter’s bike so he had a motor bike for a while until the motor was needed for the mower.

And by the way he loved scaring people to death!

If family and friends so desire, memorial contributions in Walter's memory may be made to the Stollery Children's Hospital Foundation, STARS air ambulance, or to the Battle River Animal Protection Society.

Share Your Memory of
Walter
Upload Your Memory View All Memories
Be the first to upload a memory!
Share A Memory
Send Flowers