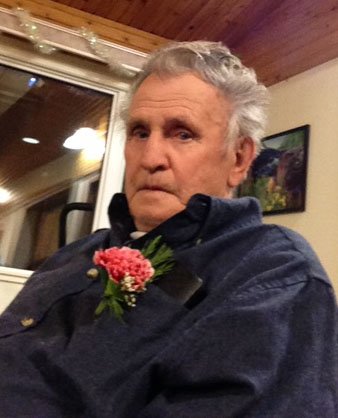 Alois Jacob Staldeker of Rosalind, Alberta, passed away on Sunday, September 29, 2019 at the age of 87 years.

Alois Jacob Staldeker was born on July 5, 1932 in Macklin, Saskatchewan and passed away on September 29, 2019 in Camrose, Alberta at the age of 87 years.

There were three “F”s that defined Dad’s life: Farming, Family, and Faith. Dad always considered himself a farmer and wanted to spend his whole life on the farm right up until the end. He spent 65 years living on his farm at Rosalind.

Dad loved his parents, children, and grandchildren very much. He missed his parents and he always looked forward to visits from his children and grandchildren.
God and church were an important part of his life and Dad’s last words were “Help me God, help me”, and God finally answered his prayers.

Alois was predeceased by his brothers Alex and Joe, and sister Mary Young.

A Funeral Mass was held at 1:30 p.m., Friday, October 4, 2019 from the St. Francis Xavier Roman Catholic Church with Rev. Joby Augustin officiating. Interment has taken place in the Camrose Cemetery.

If family and friends so desire, memorial contributions in Alois's memory may be made to Diabetes Association.

Share Your Memory of
Alois
Upload Your Memory View All Memories
Be the first to upload a memory!
Share A Memory
Send Flowers