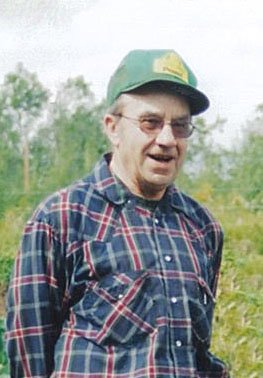 Robert Fredrich Sakowsky of Camrose, Alberta, passed away on Thursday, September 26, 2019 at the age of 84 years.

Bob worked for Cummins Electric and AGT - both positions had him travelling across northern Alberta. It was while working for AGT that he met Rose in Camrose and they got married. Bob then made Camrose his permanent home. He later worked for Camrose Cable TV until his retirement.

Bob and Rose enjoyed travelling, (especially camping), gardening, cooking together and spending time with family. Family times were special to him - be it a wiener roast at the acreage or a big family Christmas dinner for 40. Robert loved working with his hands, be it building a cook shack, crafting bird houses and sewing.

A quiet, humble man, Bob spent his life doing for others and will always be remembered for his kind, giving and loving ways.

A Funeral Service was held at 11:00 a.m., Friday, October 4, 2019 from the Burgar Memorial Chapel with Rev. Brian Hunter officiating. Interment has taken place in the Camrose Cemetery.

Share Your Memory of
Robert
Upload Your Memory View All Memories
Be the first to upload a memory!
Share A Memory
Send Flowers