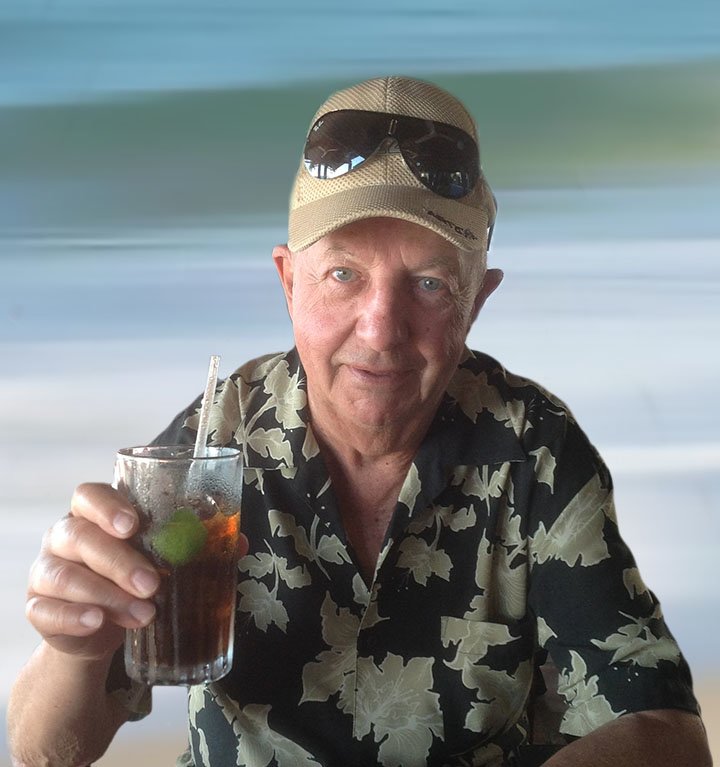 Cliff was born in Montreal and went to Banantyne school and Verdun High there until the 10th grade. He left school at 16 and went to work at C.N.R. He was transferred to Edmonton in 1976 working as a marketing specialist.  He left C.N.R. and worked for several transport companies in the Edmonton area until his retirement in 2008. After retirement he settled in Camrose. In 2013 he met his partner Lynn and they have been together since.

Cliff had a great personality.  He was liked by everyone he met. He also had a great sense of humour. As a young man he would walk by and untie his mother’s apron strings or pick her up and carry her around the room.  She would always laugh.

Cliff loved sports especially golf, baseball and football.  He never missed a World Series and knew all the stats.  He played golf as often as he could and enjoyed his winters in Casa Grande, Arizona, with the warm weather and his good friends there.

Cliff also loved to travel going to Hawaii, Australia and New Zealand with friends and on numerous trips to Mexico and Barbados with Lynn. He was very happy to recently travel to Montreal to visit his sister and her family there.

He will be sadly missed by Lynn, family and friends.

Clifford was predeceased by his nephew Rodney and his parents Ella Webb and Thomas Cribb.

A Celebration of Life was held at 11:00 a.m., Thursday, October 3, 2019 from the Burgar Memorial Chapel with Rev. Brian Hunter officiating.

If family and friends so desire, memorial contributions in Clifford's memory may be made to St. Mary's Hospital Unit 2 Palliative Care, or to the Bailey Theatre.