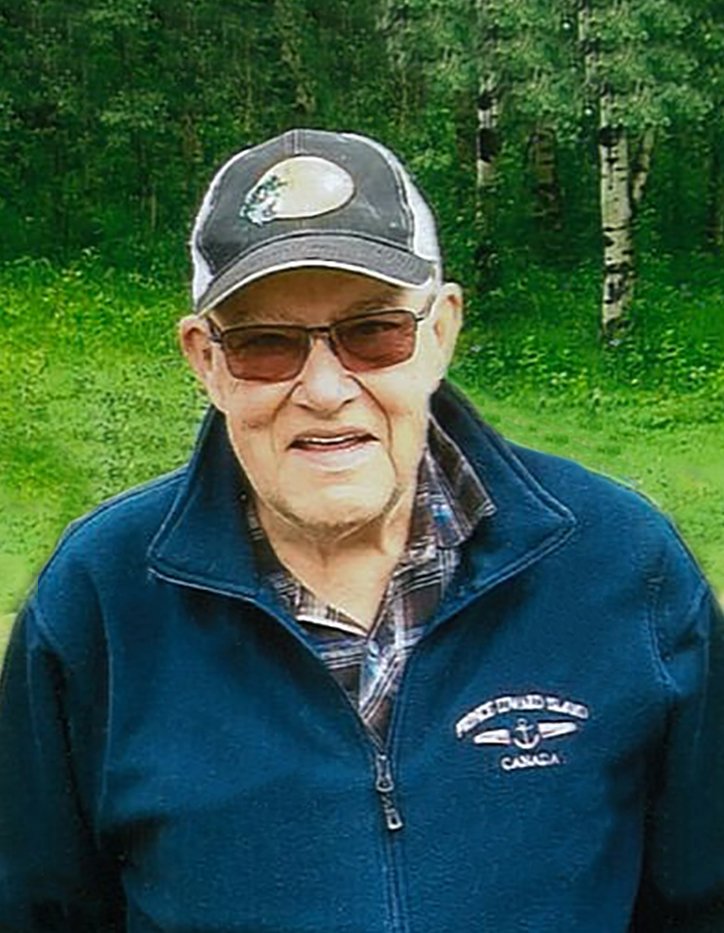 John was born July 19, 1947 in Galahad Alberta, the second child of Sigrid and Selmer Wold of Alliance.  He was married to Karen Wold, (Griffiths) from Coronation on November 6, 1970 and together they had two children Kevin and Trevor.

John was a farmer at heart.  He worked the farm in Alliance from the time he was 12 years old until the family moved in 1989.  Then he enjoyed their next adventure running a convenience store in Sedgewick before retiring to Camrose 2002.

As a younger man he loved snowmobiling, motorcycle and horseback riding. His current interests were naps, reading western novels, talking to everyone and anyone, and teasing in his persistent but gentle way.  He loved antiques and collecting old items.  He did a lot of woodworking and liked the social aspect of trying to sell his items at markets.  He loved camping, gardening, dogs, and telling stories.  He enjoyed parties and visiting people and was a very social person.  John was a generous soul who would help out anyone who needed a hand.

He is now with his brother Glen, his parents Sigrid and Selmer, his son Kevin, his many dogs, his friends and family who predeceased him and we can imagine how much fun he is having reconnecting with them all.

John passed peacefully August 10, 2019 sleeping in his easy chair with his feet up, covered by a blanket, in his own home, with his loving wife and dog close by.

Left to cherish his memory are his wife Karen; son Trevor Wold; his dog Roxy; and his grand-dog Mugzy.

In lieu of flowers, If family and friends so desire, memorial contributions in John's memory may be made to the S.T.A.R.S. Air Ambulance or to the charity of one's choice.

Share Your Memory of
John
Upload Your Memory View All Memories
Be the first to upload a memory!