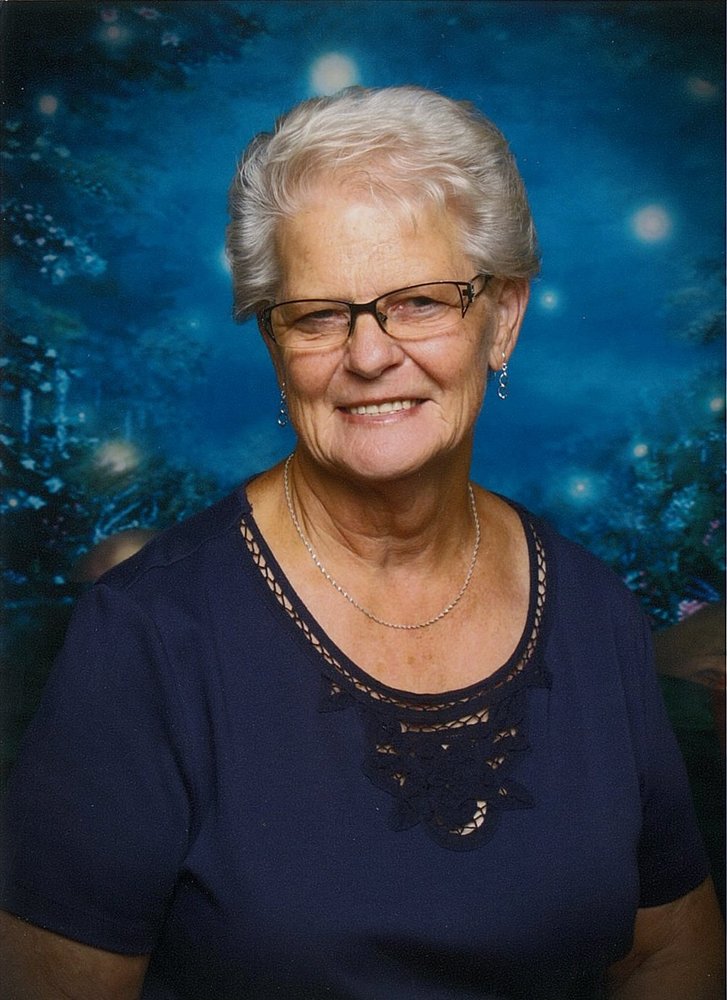 Jean Borman was born March 7th, 1944 to Mary and Joseph Schneider.  On the afternoon of June 16th, 2019 Jean passed away peacefully with family at her side.
Jean grew up on the farm near Rosalind, attending school, excelling in athletics, participating in clubs and being part of the farm and family.  The lessons learned here and at the McTavish Business College provided Jean the tools, strength, and perseverance to start an amazing journey.

This incredible woman became the love of Eldon Borman.  They married on August 12th, 1964.   Together they built their farm.  Working together was part of the incredible love they had for each other.   Jean was never afraid of hard work or learning something new, she was a very strong woman, which was evident in every aspect of her life.  Beyond her efforts in the dairy and grain operations, she regularly worked just as hard off the farm.  In the last part of her career she was proud to be active in many capacities within St. Francis Xavier parish and St. Mary’s hospital.

Jean enjoyed family, friends, laughter and being active. She intertwined these into hers and Eldon’s life. Her strength, happiness and positive personality affected everyone involved in her life. Joy filled her whenever the grandchildren were around or shared their experiences.

If family and friends so desire, in lieu of flowers, memorial contributions in Jean's memory may be made to Crohn's and Colitis Canada, the Multiple Sclerosis Society or to the Heart and Stroke Foundation.

Share Your Memory of
Jean
Upload Your Memory View All Memories
Be the first to upload a memory!
Share A Memory
Send Flowers