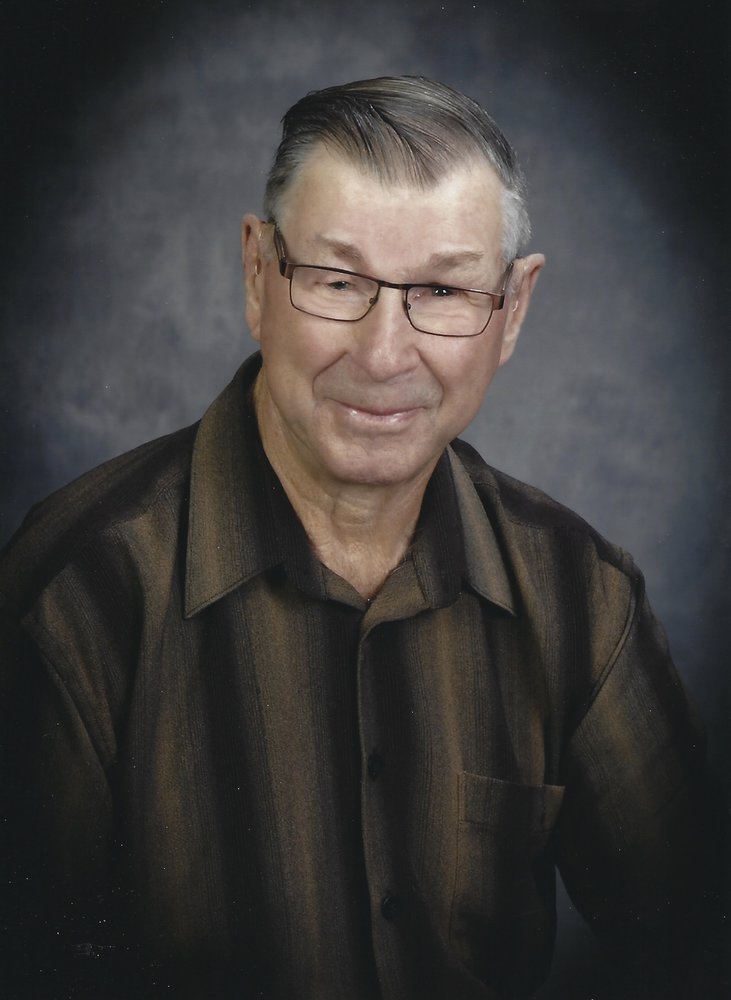 Left to cherish his memory are his wife Helen; children Gerald (Cheryl) of Camrose, Ron (Marnie) of Camrose, Barbara (Darrell) Peter of Red Deer, and Dave (Evelyne) of Grande Prairie; ten grandchildren; nine great-grandchildren; and siblings Kay (Wally) Shaw of Edmonton and Rita Wolski of Camrose.
Kurt was predeceased by his parents Emil and Kaethe Pilger; brothers Hans and Dick; sisters Doris and Betty; and two great-grandsons.
Kurt lived his entire life on the family farm south-east of Camrose.

Kurt fondly remembered the nine years he spent at the one room school house at Heatherbrae, cutting willow branches for hockey sticks and using frozen horse droppings for the puck. He never forgot the time the entire school rode on hay bales in the back of Curly Beesley’s truck all the way to Edmonton to see the King and Queen parade down Jasper Avenue. Kurt went on to complete two years of high school while honing his mechanical skills by working at Central Garage in Camrose.
But farming was always in Kurt’s blood and he returned home after grade 11 to lend a hand, eventually take over the family farm, and build it into a successful business. In 1954 he married Helen Woods and she became his lifelong partner in fulfilling his farming dream. Over the next 11 years they were blessed with four children and last month they celebrated their 65th wedding anniversary.

In 1967, against the advice of their banker, they built a dairy barn and milked cows for the next 30 years. Slowly the growing dairy herd replaced the pigs, turkeys, chickens, and beef cows that were fixtures on most farms those days. The steady income from milking cows enabled Kurt to buy the new John Deere equipment that he was so proud of, a new car every two or three years, and to travel.  In 1996 a farm accident resulted in Kurt suffering a detached retina. Unfortunately, he eventually lost sight in one eye which prompted the sale of the cows and expansion of cropped acres. Without the dairy cows tying them to the farm Kurt and Helen took up golf and enjoyed many golf outings with his sister Doris and her husband Denis Day. Kurt never gave up his farming dream and right up until the time of his death he still played an active role in managing the farm. While he was less able to operate the equipment or play a physical role in the business the last few years, he still followed the markets daily and the weather forecast multiple times a day.

Kurt was extremely fortunate to live his entire life on the farm where he was born. He lived a long and fulfilled life. He will be missed!

If family and friends so desire, memorial contributions in Kurt's memory may be made to The Kurt and Helen Pilger Fund at the Battle River Community Foundation, or to the St. Mary's Hospital Foundation.

Share Your Memory of
Kurt
Upload Your Memory View All Memories
Be the first to upload a memory!
Share A Memory
Send Flowers