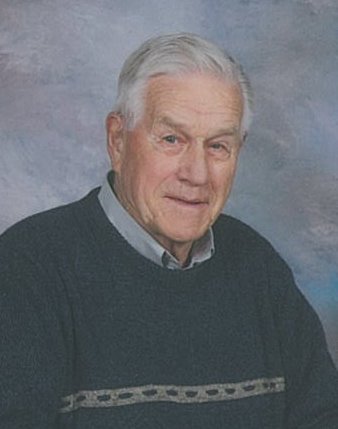 Ordean passed away April 21, 2019 on Easter Sunday at the age of 82, after a five-year struggle with Alzheimer’s.  He spent his last 10 months in St. Mary’s Hospital, Memory Lane Bethany and finally at Rosehaven Westview in Palliative Care.

Ordean was born on a farm near Armena, Alberta on May 18, 1936. He was baptized and confirmed at Scandia Lutheran Church in Armena. He attended Armena School where he met his wife Lavona and they were married in 1956.  They had 62 great years together and three children, Daryl, Sandra and Donna.  They were also foster parents to Sylvia Nile for several years and to many other shorter-term foster children. Ordean started his career in grocery sales, later deciding to follow his dream of becoming a Police Officer. He joined the Camrose City Police Service in 1962 where he was employed for 27 years. He also owned, raised and showed registered Quarter Horses, buying and selling horses in Canada, the USA and as far away as Italy. Ordean loved sports, especially baseball and hockey in his youth and golf and tennis in his later years.  He loved to hunt with his son, brothers, nephews and his buddy Carl Kopperud. Ordean and Lavona spent 25 awesome winters in Arizona where they developed many special memories and friendships.
Ordean volunteered many years for Habitat for Humanity. He was involved in the Camrose builds, Habitat Restore, and an international Habitat build in Guyana, South America. He also volunteered for a month for Youth With A Mission (YWAM) in Hawaii.

Ordean was a member of Messiah Lutheran Church for 62 years where he started the Wednesday Workers ministry, an idea brought home from some of his American friends.
Through his journey with Alzheimer’s he never lost faith that God would be with him and guide him through that difficult diagnosis.  He was blessed to be cared for at home by Lavona for most of that journey only having to spend 10 months in full time care.

If family and friends so desire, memorial contributions are gratefully accepted to the Ordean and Lavona Broen Fund with the Battle River Community Foundation, the Habitat for Humanity Camrose, or to the charity of one's choice.

Share Your Memory of
Ordean
Upload Your Memory View All Memories
Be the first to upload a memory!
Share A Memory
Send Flowers