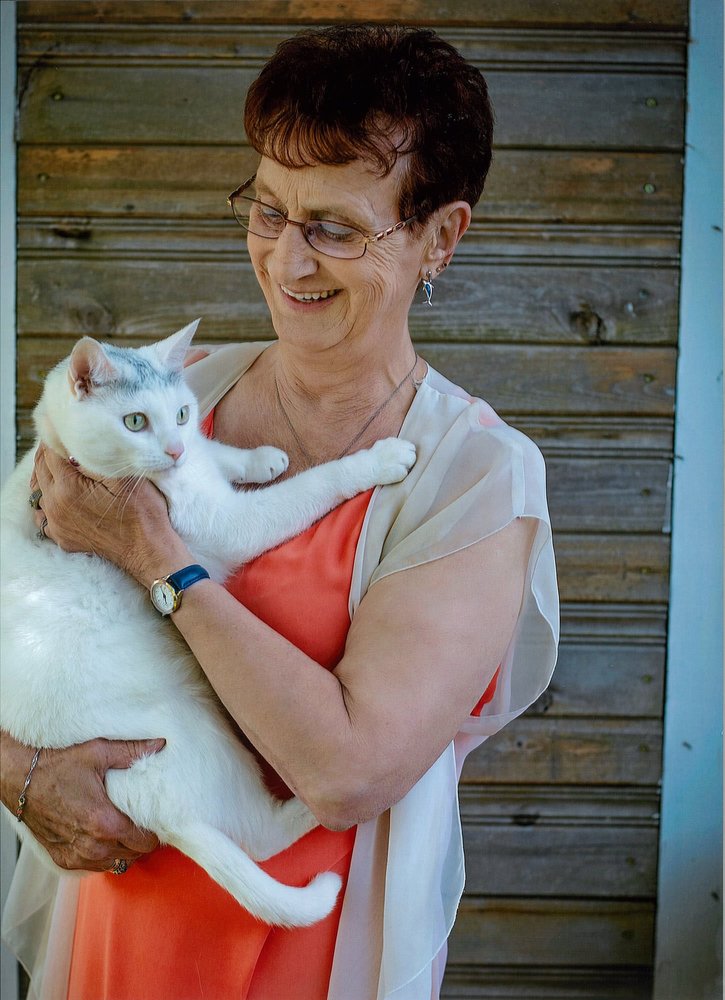 Elizabeth "Betty" Ann Kiistner of Ferintosh, Alberta, formerly of Mayerthorpe, passed away on Monday, March 18, 2019 at the age of 71 years.

I worked in many different places, mostly in food preparing, and also five years in a nursing home. In 1967, I married Fred Ramsay and had boys Allan and Duane, then another child who died from crib death at three weeks old. I met Albert Kiistner in 1976 and we were married for 29 years, he adopted my two boys. Albert passed away in 2005 from cancer. In 2006, I met Gary Hartman and we were together for years, until he passed away with cancer. I am still living in Ferintosh, Alberta. It is a nice little village, and I love living here. six

If family and friends so desire, memorial contributions in Elizabeth's memory may be made to the Canadian Cancer Society, or to the Cross Cancer Institute.

Share Your Memory of
Betty
Upload Your Memory View All Memories
Be the first to upload a memory!
Share A Memory
Send Flowers