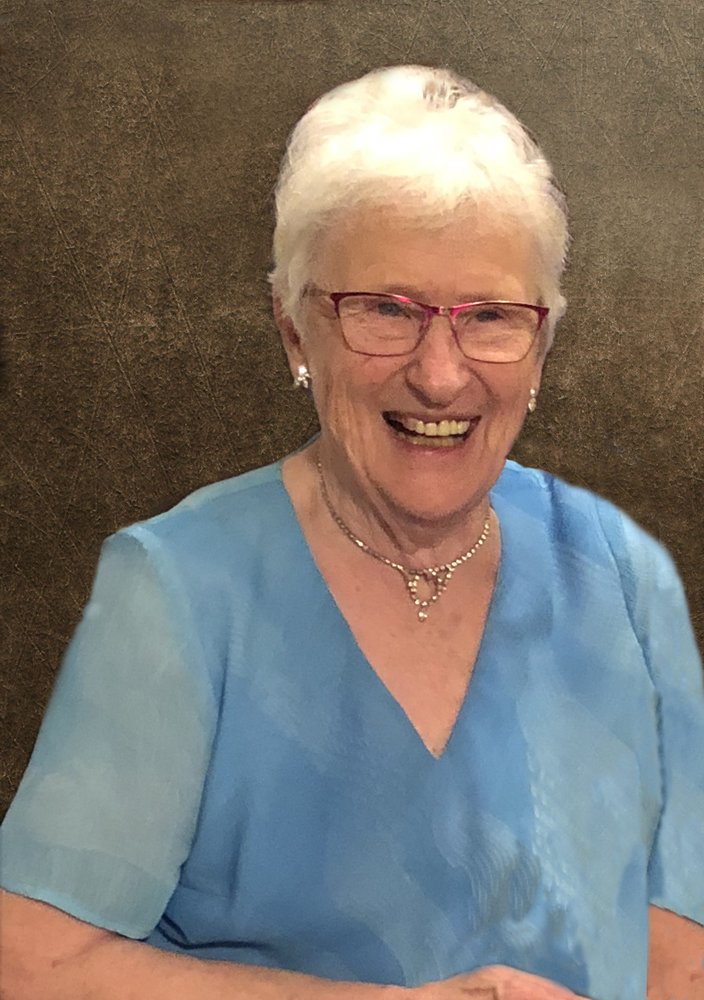 Darlene Ann Zimmer (nee Seiferman) was taken suddenly from her earthly home on Sunday March 10, 2019 while driving to morning mass.

Darlene was born May 9, 1935 in Killam, Alberta to William (Bill) and Gertrude (nee Lutgen) Seiferman along with twin brother Delmont.  She married the love of her life, Edwin Peter Zimmer on October 20, 1953, and settled into Spring Lake farm life.  She was blessed to become mother to identical twin boys, followed by four more sons.

Darlene was a patient, gentle woman full of life, always busy with family, community and a variety of hobbies.  Her Catholic faith was central to her life.  She was a lifetime member of both the Spring Lake CWL and Heisler Royal Purple, where she was the master of the drill team. Another Heisler activity was bowling, where she was very competitive. Darlene was a baseball fan extraordinaire, cheering for Spring Lake for almost 70 years.  Winter hours were filled with endless crocheting and quilting projects.  Milking the farm’s dairy cows both by hand and machine was a labor of love, rather than hard work for Darlene.  Gardens grew abundantly under her hand, and her potato salad, turkey dressing and baking, especially cinnamon buns, were enjoyed by all.  She had a special way with babies and children, able to sooth the most distraught infant, and playing card games galore with her grandkids.

Share Your Memory of
Darlene
Upload Your Memory View All Memories
Be the first to upload a memory!
Share A Memory
Send Flowers