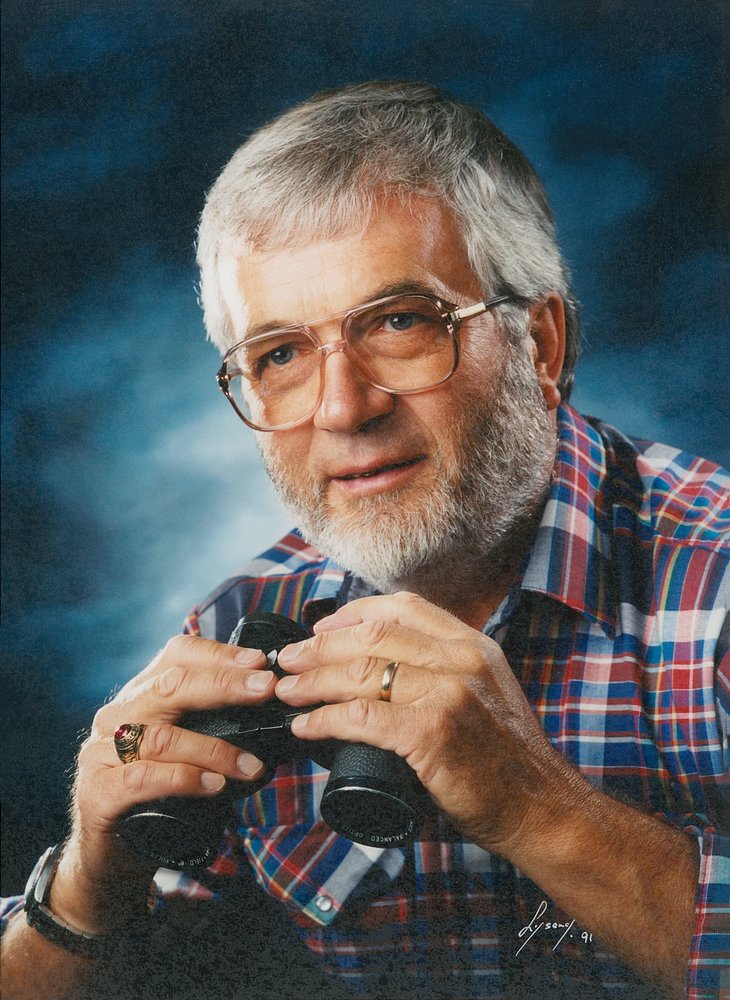 Morley was born on July 12, 1935, at Lamont hospital, the only child of Edward and Lydia Riske. Morley grew up on the family farm near Bruderheim. He received his early education at Walker School grades one through eleven, and grade twelve at Lamont. Morley was baptized and completed his confirmation in the Bruderheim Moravian Church. When Morley was a teenager his parents moved into Bruderheim due to poor health.On March 13, 1959, Morley married Mary-Duane Gottschlich at the Moravian Church in Edmonton where they were active members for many years. They were blessed  with two children: Marilyn (1960) and Graham (1965).

Morley continued his education completing a B.Sc., M.Sc. and B.Ed at the University of Alberta and a Ph.D. at the University of Calgary. Morley was a professor of biology at Augustana from 1959 - 1992. He rose to the rank of full professor in 1984 and retired as professor emeritus in 1992, an honor which came in recognition of his exemplary service to the university. Morley was one of the first to receive the Betty Ostenrud award for extraordinary care and service.
Morley contributed in many ways to his community. For several weeks in the spring he took elementary students on field trips to study pond life. He was often invited to present slide shows to Cubs, Scouts, Elderhostel and others to share his knowledge of the natural world. He guided many nature walks to observe birds.
After retiring, Morley took up music. He had sung in choirs throughout his life. Singing or playing sweet harmony was his gift. When he retired he taught himself to play the saxophone, collected many, and enjoyed entertaining seniors. He played in several bands: community band, big band, and other small ensembles. Music became his next career. He continued to play for seniors as long as he was able.

A funeral service was held at 2:00 p.m., Saturday, May 11, 2019 from the Faith and Life Centre - Augustana University Campus with Rev. Brian Hunter officiating.

Share Your Memory of
Morley
Upload Your Memory View All Memories
Be the first to upload a memory!
Share A Memory
Send Flowers