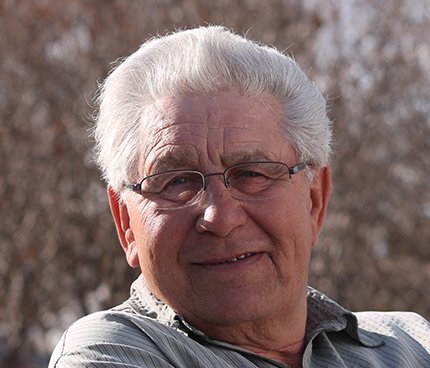 Donald James Shott of Camrose, Alberta, formerly of Daysland, Alberta, passed away on Tuesday, February 5, 2019 at the age of 75 years.

Donald James Shott was born on November 17, 1943 in Daysland, Alberta to Anne and Mike Shott.  On November 7, 1964 he married his wife of now 54 years, Linda Terway and went on to raise a family of four children.
Donnie grew up on the family homestead north of Daysland where he helped his dad with all that farming entails.  He cherished the farm, and when his parents decided to move into Daysland he chose to take over the operation and raise his own family there.  Donnie enjoyed all aspects of farming especially spring planting and watching the fruits of his labor.  In addition to farming, Donnie could build and fix almost anything (or everything), something that is reflected in his children today.   He had a knack for repairing his own equipment which usually included improving on its original design and making it his own.  While farming, he also worked full-time at Stelco and retired after 25 years of working there, later moving to Camrose in 2014.
Donnie enjoyed the simple things in life; daily happy hour on the deck, walks with his companion Sadie, and meeting people along the way.  In later years, he really enjoyed his time at Crossroads, the Baily Bukaroo’s and numerous live concerts.  Of course, his favorite thing to do was spend time with his grandchildren who he cherished beyond words.

A funeral mass was held at 11:00 a.m., Monday, February 11, 2019 from the St. Francis Xavier Roman Catholic Church, 5010 48a Ave Camrose with Father Joseph Jacobson as celebrant. Interment has taken place in the Camrose Valleyview Cemetery.

If family and friends so desire, memorial contributions in Donald's memory may be made to the Alzheimer Society of Alberta or to the Hospice Society of Camrose and District.

Share Your Memory of
Donald
Upload Your Memory View All Memories
Be the first to upload a memory!
Share A Memory
Send Flowers