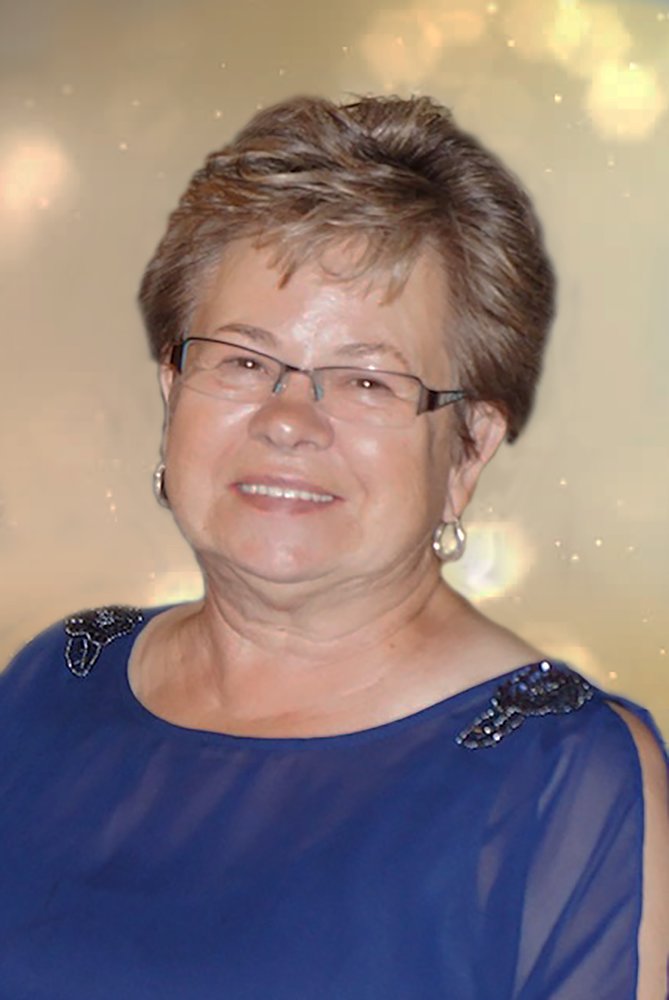 Florence Stella McMahon of Camrose, Alberta, passed away on Tuesday, January 22, 2019, at the age of 75 years.

Florence McMahon was born August 17th, 1943 in Daysland Alberta to Stella and Joseph Ronsko. She resided and went to school in the Daysland area.
She found her first love Mathew Chrystian and they were married on April 27th, 1963. Together they raised four children Charlene, Brad, Wayne and Keri. In October of 1975, Mathew passed away and the family moved to Camrose. Ten years later she met her second love Grant McMahon and they married November 1986. Their love for each other grew over the next thirty-two years.

Florence worked at KFC for thirty years and developed friendships that lasted a lifetime. Florence loved anything creative such as ceramics, cake decorating, knitting, cooking, sewing and painting. She became a well-known artist for her paintings. Grant and Florence loved socializing. They spent many years country dancing, curling, selling Ukrainian food, and making new friendships at Elinor Lake. Florence was the kindest and happiest person you will ever meet. She was an amazing wife, incredible mother, sister and friend to so many. She always opened her heart and home and was so happy to see everyone.

Her husband Grant; children Charlene, Brad (Darlene), Wayne, Keri (Chris); and grandchildren Mathew, Kaylyn, Dawson, Hailey and Willow will greatly miss her smile, positive energy, zest for life and unconditional love. Sister Phyllis (Daniel); brothers Vernon (Emily), and Duane (Bev) share many memories.
She will be welcomed by those who passed before her Mathew (first husband); Dave (brother); and parents Joe and Stella.

A funeral mass was held at 11:00 a.m., Monday, January 28, 2019, from the St. Francis Xavier Roman Catholic Church, with Father Larry Pederson as celebrant.

If family and friends so desire, memorial contributions in Florence's memory may be made to the Heart and Stroke Foundation as well as to the Alzheimer Society of Alberta.

Share Your Memory of
Florence
Upload Your Memory View All Memories
Be the first to upload a memory!
Share A Memory
Send Flowers