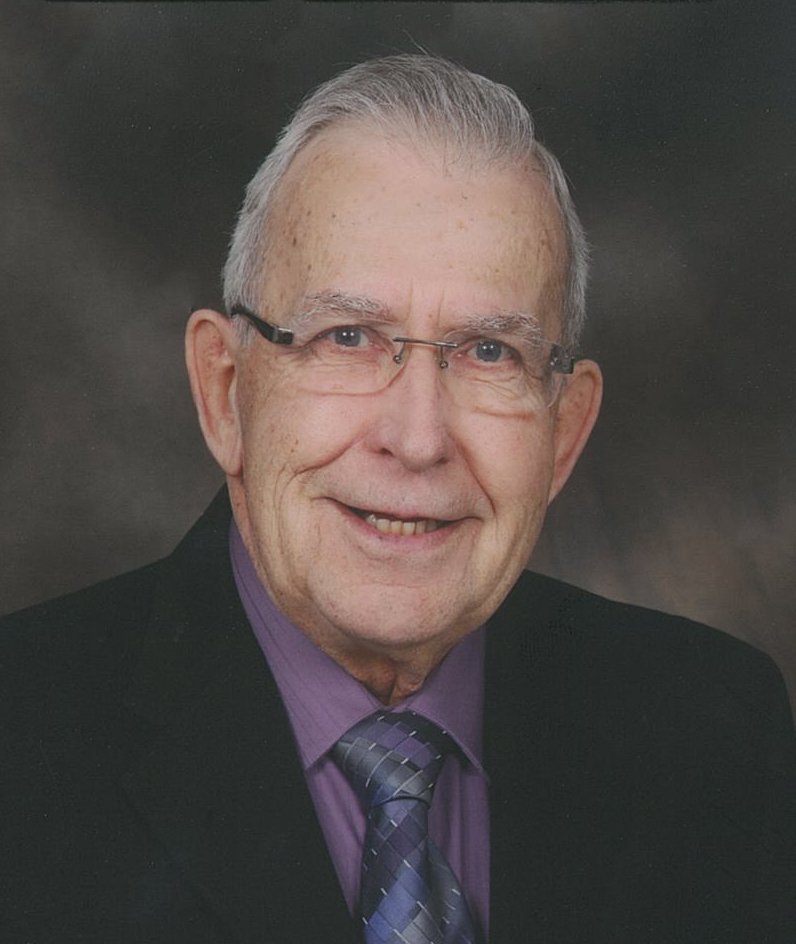 †  Peter Wynnyk was born on July 10, 1935, to John and Rose Wynnyk north of Daysland, Alberta. He started country school near the Wynnyk homestead. In 1945 the family relocated to Daysland, where they owned and operated the Daysland General Store. Peter attended primary school in Daysland, high school and Teacher’s College, at Saint Joseph’s College in Yorkton, Saskatchewan. He started his teaching career in Northern Manitoba, then a short period in Heisler and the remaining 35 years in Daysland. He was proud to have the privilege of teaching numerous students.

Peter was deeply devoted to his faith, family and friends.  These traits carried our family through numerous, and often difficult, life challenges. Peter had a quiet demeanor and spoke few words, but his advice was gentle and genuine. He will be dearly missed by his family and those fortunate to have known him.
Peter and Vera’s home was always open to family and friends. His passions included humor, cooking, gardening and fishing. Peter owned, rented and maintained numerous properties in Daysland - there was nothing he couldn’t build. He was a patient, proud, small town boy. Together, Peter and Vera passed these life skills onto their children.

Peter had a very peaceful passing on January 7, 2019, in their Edmonton home at the age of 83. Left to cherish his memory is his loving wife Vera of 57 years; son Maurice (Marla) of Calgary; daughters Cynthia (Reg) and Crystal of Edmonton; and grandson Brayden. He was predeceased by infant daughter Desiree, grandson Skylar, brother Orest and parents John and Rose.

A Funeral Prayer Vigil was at 7:00 p.m. Friday, January 11, 2019 from the Assumption of the Blessed Virgin Mary Ukrainian Catholic Church Daysland .

Share Your Memory of
Peter
Upload Your Memory View All Memories
Be the first to upload a memory!
Share A Memory
Send Flowers