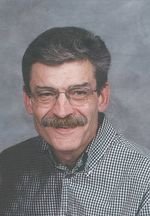 Mr. Stanton Sware of Camrose passed away on Saturday, December 29, 2007 at the age of 56 years. Left to cherish his memory are: his wife Renita, his children; Sharleen (Mario) Guillemette of Bawlf, Steven of Bawlf, Marie of Bawlf, Jasmine of Camrose, and his four grandchildren. Stanton is also survived by his father; Malcolm, two brothers; Blair (Debbie) of Bawlf, Ed (Irene) of Camrose, and his six sisters; Sandra Cress of Bawlf, Carolyn (Barry Graham) Metcalfe of Camrose, Corinne (Rick) Aupperle of Saskatchewan, Colleen Grenier of Camrose, Wanda (Earl Cook) Skjaveland of Edmonton, and Narda (Brian) Mcleod of Sherwood Park. Stanton was predeceased by his mother; Marie. Funeral Services were held on Friday, January 4, 2008 at 1:00pm., from Century Meadows Baptist Church in Camrose, with Pastor Larry Handford and Pastor Rick Aupperle officiating. Interment followed in The Hegre Cemetery. If friends so desire memorial contributions are gratefully accepted to The Broken Arrow Youth Ranch.

Share Your Memory of
Stanton
Upload Your Memory View All Memories
Be the first to upload a memory!
Share A Memory
Plant a Tree