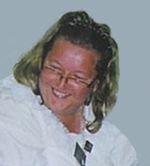 Mrs. Marian Gilchrist of New Norway, passed away on Saturday, December 15, 2007 at the age of 45 years. Left to cherish her memory are her husband; Kim, and her six children; Steven, Anita, Melody, Casey-Jean, Chris, and Kaitlyn. Marian is also survived by her special nephew; Lorne(Shawna) Gilchrist of Camrose, and her four grandchildren. Marian was predeceased by her parents and her infant twin brothers. Funeral Services will be held at a later date. If friends so desire memorial contributions are gratefully accepted to The Alberta Cancer Foundation or to a charity of your choice.

Share Your Memory of
Marian
Upload Your Memory View All Memories
Be the first to upload a memory!
Share A Memory
Plant a Tree