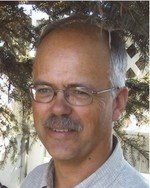 Mr. Donald Skretting of Grande Prairie formerly of Camrose passed away on Thursday, October 22, 2009 at the age of 52 years. Left to cherish his memory are his loving wife Katherine his two children, Nathan (Lucie) of Dried Meat Lake, Kimberly Skretting (Travis Rott) of New Norway, and five gandchildren. Don is also survived by three brothers, George (Trish) of Lethbridge, Norman (Mary-Jane) of New Norway, Peter (Karen) of Sherwood Park, and his sister Marilyn (John) Anderson of Round Hill. He was predeceased by his parents. A Mass of Christian Burial was held on Wednesday, October 28, 2009 at 10:30 am., from St. Francis Xavier Roman Catholic Church. Interment followed in the Meeting Creek Cemetery. If friends so desire memorial contributions are gratefully accepted to The Augustana University Chaplaincy.