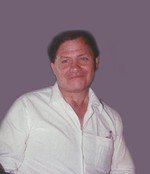 Mr. George McLaughlin of Daysland, Alberta, formerly of Edmonton passed away on Monday, October 19, 2009 at the age of 63 years. He is survived by his two brothers John (Shelley) of Lloydminster, Joseph of Edmonton; sister Daphne (Wayne) Varty of Daysland; and numerous nieces, nephews, relatives and friends. He was predeceased by his parents and one brother Gordon. Funeral services were held at 2:00 p.m. on Friday, October 23, 2009 from the Burgar Memorial Chapel (4817 51 Ave Camrose). Interment followed in the Daysland Cemetery. If friends so desire memorial contributions may be made to the charity of one's choice.