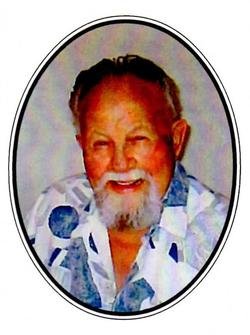 Mr. John Kofoed of Daysland passed away on Monday, May 29, 2006 at the age of 83 years four days after his 63rd wedding anniversary. Left to cherish his memory are his loving wife Lilly, and his four children; Sylvia (Bob) Provan of Calgary, Ben (Shirley) of Sylvan Lake, Paul (Leanne) of Camrose, Vivian (Doug) Kozma of Lloydminster. John is also survived by ten grandchildren, eleven great grandchildren, and two great great grandchildren. John was predeceased by his son Karlo in Denmark, and son Jorn in Kentucky. John was born in Denmark on December 31, 1922. He immigrated to Canada with his wife Lilly and two children in 1949. John spent most of his life as an independent gravel trucker, living in Daysland. Funeral Services were held on Saturday, June 3, 2006 at 10:30am. from The Daysland United Church with Rev. Kathleen Taylor officiating. Inurnment took place in the Daysland Cemetery. If friends so desire memorial contributions are gratefully accepted to the charity of your choice.

A Memorial Tree was planted for Johannes
We are deeply sorry for your loss ~ the staff at Burgar Funeral Home Camrose Ltd.
Join in honoring their life - plant a memorial tree

Share Your Memory of
Johannes
Upload Your Memory View All Memories
Be the first to upload a memory!
Share A Memory
Plant a Tree