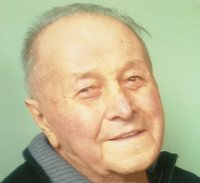 Peter was predeceased by his parents Edward and Catherine Zak; brothers Edward and Stanley; and sisters Victoria Schreiber, and Frances Ronsko.

Prayers and a private service will be held at St. John the Baptist, Roman Catholic Church (also known as Polska).

If you wish, donations may be made to the Alzheimer Society of Alberta, or to the charity of one's choice.