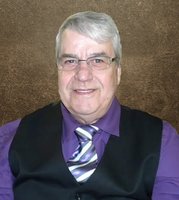 Raymond Albert Cyre Sr. passed away on February 11, 2021, at the age of 84 years in the Misericordia Hospital, Edmonton.  Raymond was born on August 21, 1936, to Edward and Henriette in Chauvin, Alberta, the second youngest of ten children.

Driving truck was Raymond’s passion and therefore, he spent many years on the highway driving for: Imperial Oil, Trimac, Riemer, Caron Transport, Grimshaw Transport, and SLH Transport. He was a faithful donor with the Red Cross and was proud of achieving his 200-donation milestone! Even though work took him away from home for many hours, family was very important to Raymond and he enjoyed the simple things in life: family trips in the car, teaching his children how to waterski, dancing with family any chance he had, Saturday morning coffee dates with his brothers, and simply talking to the birds and whistling along with them! In later years, as Raymond’s dementia progressed, he enjoyed living at Summerwood Village in Sherwood Park and was loved and cared for by the wonderful staff there. His smile, twinkle in his eye, and quick wit was the highlight of their days.

Raymond will forever be remembered for his gentle nature and contagious laugh!

A private family service was held. Inurnment will take place in the Holy Cross Cemetery and Mausoleum.

If family and friends so desire, memorial contributions in Raymond Sr.'s memory may be made to the St. Francis Xavier Roman Catholic Church Building Fund, or to the charity of one's choice.