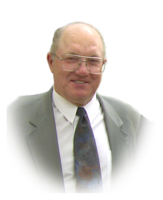 Dennis will be sadly missed and remembered by his brother Lawrence Galenza; niece Christine (Ken) Cha and their daughters Justine and Vanessa; nephew Larry (Gale) Galenza and their sons Cote (Jeni) and Barry; nephew Kendall Beleshko; nephew Ferrell Beleshko (Jen) and their son Roman; brother-in-law Harry Beleshko; Elaine Galenza; and many special friends and cousins. Dennis was predeceased by his sister Lorraine Beleshko and parents Josephine and Peter Galenza.

Dennis was born in Camrose on September 22, 1942 and raised on the farm where he lived his whole life. He went to school at Ellswick and then in Hay Lakes. Dennis enjoyed hunting and fishing. He had a stewardship for nature. He worked on the family farm as a young man and continued working evenings and weekends after taking on fulltime work as a carpenter, then in the oil field, at Stelco and for the Alberta Government Services in the Mechanical Maintenance Department.  He took classes at N.A.I.T. several winters in the evenings and received his welder’s ticket and machinist certificate. Later he worked at Green Spade Tree Movers and Pipe – Watch Inc. He was also an integral part in the transformation of the old Bono’s building from restaurant to dental office.

He was a man of many talents and skills and was always willing to help and lend his many skills to family, friends and neighbours. Dennis was always busy with different projects and helping others. Dennis will be remembered lovingly for his generous heart, helping hand and sense of humour.

If family and friends so desire, memorial contributions in Dennis's memory may be made to the Heart and Stroke Foundation or to Ducks Unlimited.