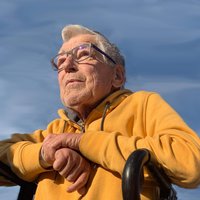 James Gordon Tower of Camrose, AB, formerly of Grande Prairie, AB, passed away on Sunday, October 20, 2019 at the age of 75 years.

Jim was born Regina, Saskatchewan on Nov. 17, 1943 to Georgina (Ina) and Gordon Tower. Jim was an older brother to Georgina (Georgie) and Ronald (Ron). When Jim left school, he worked in the finance sector with a few different companies starting in the Vancouver area, and then in Dawson Creek where he met his future wife Donna. He and Donna were married in 1970, and in 1972, Dean was born. In 1976 the Tower family adopted Aaron. Jim worked for Case Farm Implements and John Deere (Grande Prairie, Lethbridge and Vulcan) in the 70’s and early 80’s. In the mid 80’s he moved his family to Grande Prairie for a new career with Alberta Agriculture.

After about five years he was transferred to Camrose. After Alberta Agriculture, Jim worked in car and furniture sales until his retirement. In the late 90’s Jim met and married Barbara. Jim and Barb spent a lot of time in the wilderness. Throughout his life, he was passionate about hiking, camping and fishing the streams of the mountains.

In lieu of flowers, if family and friends so desire, memorial contributions in James's memory may be made to the Canadian Kidney Foundation.