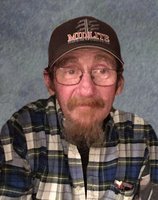 Stanley William Popowich of Camrose, Alberta passed away at St. Mary’s Hospital on Tuesday, July 10, 2019 at the age of 63 years. Stan was born on September 11, 1955 in Stettler, Alberta to William and Eugenia Popowich. The family moved to Camrose soon after Stan was born.

Stan was a free spirit with an infectious laugh who loved and lived his life the way he chose. He loved fishing, camping and was a huge sports fan. One of Stan’s favorite pass-times was spending time at the Alice hotel where he made many lifelong friends. Stan also enjoyed spending time with his family and especially teasing, joking and playing with his nieces and nephews. During Stan’s career, he worked for The City of Camrose, spent several years pipelining and his last position as a pipe inspector for the local pipe mills in Camrose.

Stan leaves to mourn his passing and cherish his memory his siblings Bernie (Keith) of Camrose, Frank (Joanne) of Camrose, Anne (Glen) of Camrose and Sue (Doug) of Camrose; sister-in-Law Susan Popowich of Estevan, Saskatchewan and numerous nieces, nephews and friends.

Stan will be reunited with his parents William and Eugenia Popowich, brother- in-law Doug Galenza, sister Mary Galenza, brother Peter Popowich and best friend Bernie Moisan. Stan’s quick wit and sense of humor will be greatly missed by all of his family and friends.  We love you Stache!

A Graveside Service was held at 11:00 a.m., Monday, July 15, 2019 from the Camrose Valleyview Cemetery. Stan's family invited family and friends to join in fellowship and refreshment at the Alice Hotel following the service.

If family and friends so desire, memorial contributions in Stan's memory may be made to Camrose Animal Shelter or to the Alberta Cancer Foundation.